London; 24 March 2020: A spokesperson of the Organisation of Kashmir Coalition (OKC) in a statement has remarked that whereas world is robustly engaged to repel the Covid-19 crisis and save the humanity however, even in these global crisis the Government of India (GoI) continues to pursue its reign of terror in the Indian Occupied Jammu and Kashmir (IOJK). 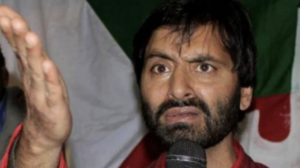 The spokesperson stated that the Executive Members of OKC namely Barrister A Majid Tramboo and Prof Nazir Ahmed Shawl have expressed deep concern and condemnation on the GoI’s decision to direct its special Terrorist and Disruptive Activity (TADA) Court to frame charges against Mohmmad Yasin Malik, Chairman, Jammu Kashmir Liberation Front (JKLF) and four others in connection with the trumped up offence of killing of four Indian Air Force personnel in 1990, that is thirty years ago. Mr Yasin Malik and four others have denied the charges.

The Indian investigation agency, Central Bureau of Investigation (CBI) has asked the TADA Court for fast-tracking of the hearing on daily basis.

In a letter from Tihar Jail, New Delhi, disclosed by his family at Srinagar, Mr Yasin Malik announced:

“Though I have every legal right to be presented physically before the court but the judge and the CBI at the behest of government are not allowing me to present myself before the trial court physically. I am being presented through video link conference, where neither I am able to hear the arguments of lawyers nor I am being allowed to speak. I have already withdrawn my counsel and will sent the same in writing to the judge, but the judge is not ready to listen to me, and is behaving like any Prosecuting or police officer. He only makes everyone listen to his orders and whenever I tried to speak, he mutes the volume or goes offline. This actually shows his bias and prejudice against me and my friends. These cases are actually politically motivated cases and the prejudice shown by the judge and others have made things worse and complicated. Taking all these things in consideration, I have reached to the conclusion that I must go on an indefinite hunger strike against this authoritarian attitude and dishonouring of the 1994 ceasefire pledge by Indian government. My “FAST UNTO DEATH” will start from 1st April 2020, Insha’Allah.”

The spokesperson confirmed that Barrister Tramboo is in the process to file and serve on the relevant mandate of the United Nations human rights mechanism (and other international fora) a complaint/petition contesting the politically motivated charges levelled against Mr Yasin Malik and his companions exposing the mockery of the TADA Court judge in the name of justice.

The spokesperson confirmed that Barrister Tramboo is in the process to file and serve on the relevant mandate of the United Nations human rights mechanism (and other international fora) a complaint/petition contesting the politically motivated charges levelled against Mr Yasin Malik and his companions exposing the mockery of the TADA Court judge in the name of justice.

The spokesperson also drew the attention on the deteriorating health condition of Advocate Mian Abdul Qayoom, President of the Kashmir Bar Association, who is detained at the Tihar Jail.

The spokesperson stressed that all Kashmiri political leaders, held

at the Tihar Jail, must be humanely treated by the GoI (as is required under the International Humanitarian Law) and that all the required medical facilities made available to them including Advocate Qayoom in particular keeping in view the coronavirus disease. 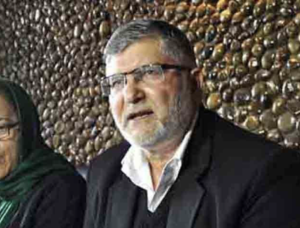