German by birth, European in his heart and global citizen by conviction – he was one of the founders of the German Green party, one of their first members of Parliament in Germany and in the European Parliament. After having been in charge of the EU-office of Greenpeace, he worked for an environmental project of the European Commission in the countries of the former Soviet Union and Mongolia. Attracted by the international atmosphere of Brussels, he decided to live in Brussels, working now as political analyst, strategist, coach and networker. Convinced that sustainable development and living in dignity are the two sides of the same coin, he has been involved since last century in the fight for self-determination and respect for human rights in Kashmir. 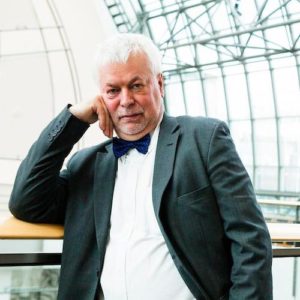